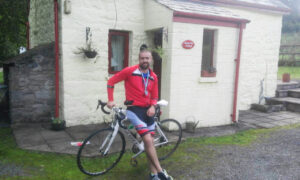 Meet Declan Barr, who will be joining Team Donegal Oil in the 2017 Donegal Atlantic Way Ultra.

Declan has been running and doing some cycling over the last few years. He has entered & completed in local adventure races in the last year & has enjoyed it. This will be the first time that Declan has taken on the challenge of an all cycling event & he is looking forward to the 555km around Donegal’s coastline with the Team Donegal Oil crew and team of 8 people. Declan saw a post on Facebook 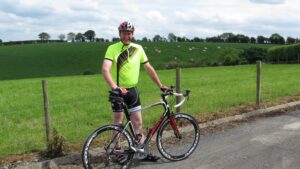 Billy McMahon, a dairy farmer from Ramelton, Co. Donegal is gearing up to join Team Donegal Oil to take part in their 8 person team for the 2017 Donegal Atlantic Way Ultra. Commenting on why he was delighted & inspired to join Team Donegal Oil’s challenge Billy said, “Having hit my half-century, I joined “Ray Men on the Move” in December 2015 to try to get a bit fitter. After 4 months I was able to run a 5K, 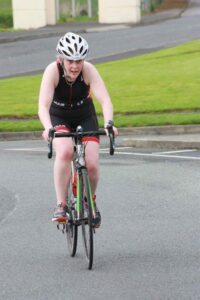 What could be seen as a Mid Life Crisis spurs Mum of 3, Sheral to #haveago with Team Donegal Oil

44 Year old Sheral Hetherington, a married stay at home housewife with three children has always been interested in keeping fit. She started running about 4 years ago as a way of getting some “me” time. At the beginning and as she was a newbie to the world of fitness, she had her fair share of injuries which was very frustrating for her. In 2015 with a lot of help from Adam Speer, Speer Performance 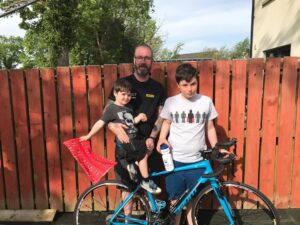 Marvin McEvilly, from Newtoncunningham was browsing Facebook one night towards the end of 2016, & saw a post from Team Donegal Oil encouraging people who were not active or motivated to to come join them in and #haveago as part of a cycling team they were trying to put together for the 2017 Donegal Atlantic Way Ultra. Marvin went along to an information evening & he is now one of an 8 person team currently 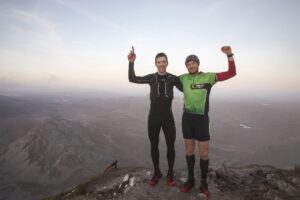 IRELAND’S RECORD BREAKING 26 PEAKS CHALLENGE HAS BEEN BROKEN BY A WHOPPING 27 AND A QUARTER HOURS!

Donegal native Shaun Stewart & Galway native Lonan O’Farrell took on a challenge that not many even consider yet undertake to do, they climbed 26 of Ireland’s Highest Peaks, covering 32 counties in Ireland over 3 days beating the fastest known time of 87 hours 50 minutes by an amazing 27 hours and 15 mins.   On Thursday morning last Shaun Stewart & Lonan O’Farrell started their challenge at Mweelrea Mountain in Co. Mayo, they 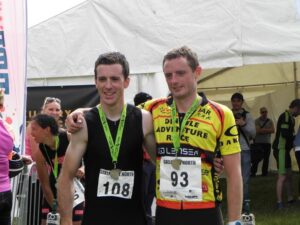 This Thursday April 20th, Shaun Stewart from Co. Donegal & Lonan O’Farrell from Galway will climb Ireland’s 26 High Peaks aiming to beat the fastest known time of 87 Hours & 50 mins.   They will start their challenge on Mweelrea Mountain in Co. Mayo, work their way around Ireland from the west and finish at Mount Errigal in Co. Donegal on Saturday 22nd.   “The conditions will be challenging” says Shaun, who comes from